It’s just after lunch and Lena Nilsson is a little tired. It’s been busy with guests all day, but now she can sit down with a cup of coffee. Coffee tables are scattered between tall pine trees in a peaceful home environment.
– My granddaughter asked me to run the café together a few years ago and now I’m the one running it. The café used to be in the old courthouse, but now we serve through a hatch in the courtyard, she says.

Café Tinget is well known in the area. A steady stream of locals come here to have a coffee; families with children, elderly people in company, craftsmen having lunch, and others. But also hikers who stay overnight at the hostel. And some regulars have a particular goal in mind:
– Shrimp sandwiches are popular, with some travelling all the way from Sundsvall to eat them. And I’ve had visitors from Gothenburg – who have fresh prawns at home – who think the prawn sandwich is better here, Lena says proudly.

The St. Olav’s shrimp tasting panel agrees: the shrimp sandwich is a treat. Good, fresh bread, just the right amount of mayonnaise, eggs and generous amounts of prawns. No fuss or frills – but fresh and satisfying. There are of course other sandwiches and pies too, all baked by hand by Lena and her daughter Veronika who assists in the kitchen and serving.

Silviakaka queen of fika bread
But while the shrimp sandwich has its loyal fans, it’s the pastries that linger in the memory after the visit. The selection is extensive: Swedish coffee classics such as the cinnamon bun, rolled wafers and carrot cake. Biscuits in all forms. Soft and sweet, buttery and crunchy – it’s downright hard to choose, but the Patrol has an insider’s tip to savour: Silviakaka.

And it’s perfect: the sponge cake is high and light in texture and the icing speaks of good ingredients with a precise balance between the sweetness of vanilla and buttery saltiness. We take a couple of biscuits too, but there the eye has been hungrier than the stomach so we’ll have to take them as a snack for a later tasting party. 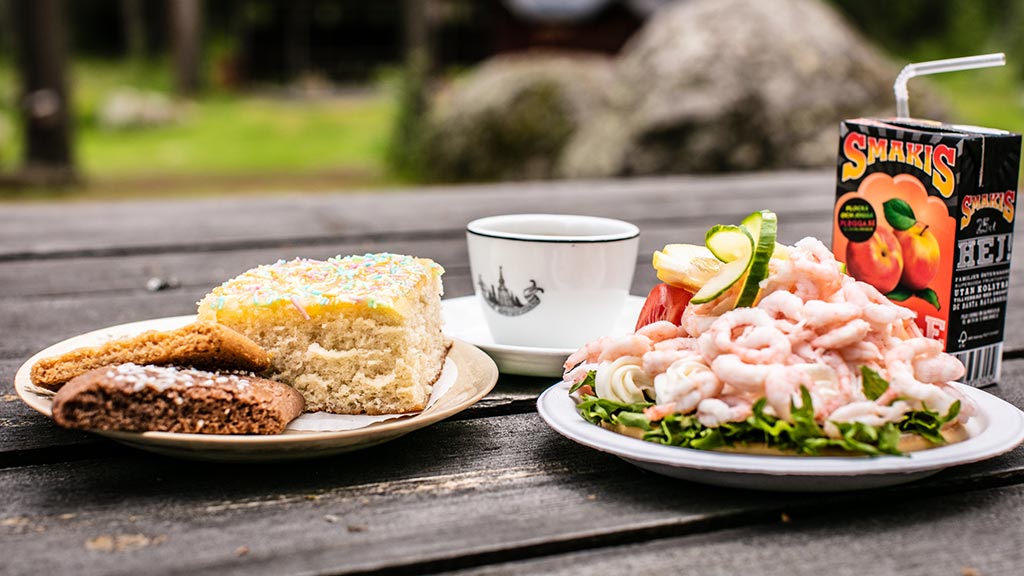 Other: The Hembygdsföreningen runs a hostel with 23 beds, which can be booked via the café or borgsjohembygd@gmail.com. Some evenings offer summer theatre and open-air services.