The whole world comes to Vuku

Mona and Kai Sand live in the village of Vuku. They welcome pilgrims from all over the world to their farm AKS (Auskin Kreative Senter) and get their energy from meeting new people. Summer 2017 was their first season, but they have quickly become a popular stop-over along the St. Olavsleden trail.

When pilgrims come to Vuku, they get to stay on historic land. This is where King Olav prepared for the final battle once upon a time, and on the field called Olavsrasten his 3000 men waited for what would become their final journey towards Stikklestad.

A place for well-deserved rest 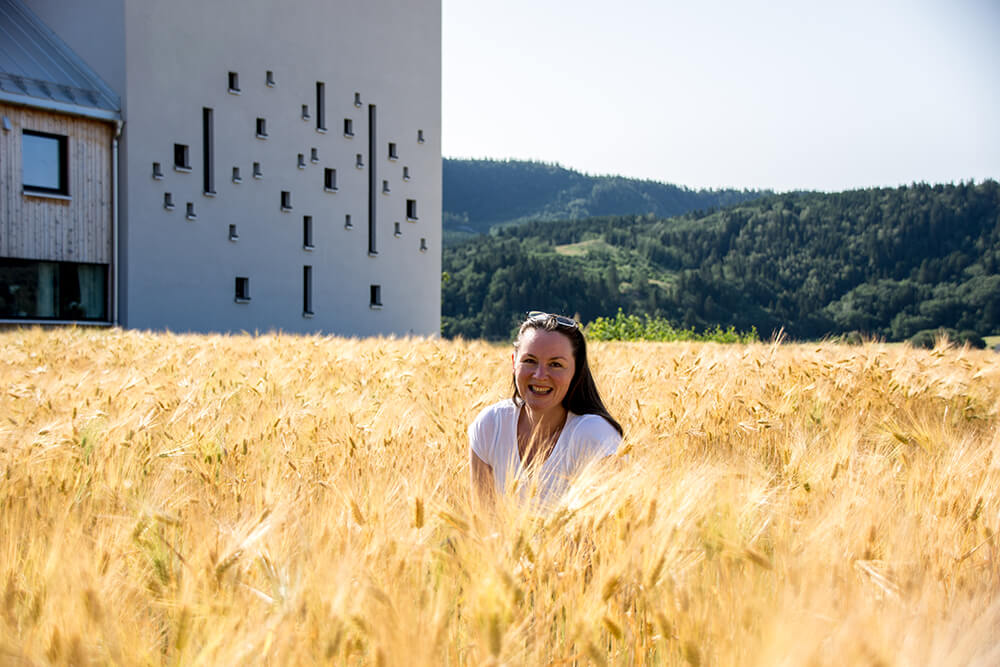 Today, the location provides a well-deserved rest for the pilgrims that arrive daily at Vuku and the Sands. Every pilgrim brings their own story or tale with them on their hike, and it is these very human encounters that make Mona Sand so passionate about what she does.

– One man was hiking with the ashes of his deceased wife. They had planned the journey together, but she died before they had the time to do it, so he decided to bring her ashes along, it was a lovely story, says Mona Sand.

She believes that pilgrims are more open and connect more deeply than people usually do in daily life. They dare to talk about their pain and their thoughts. But we notice that Mona is also more open and more caring than many other people.

– Yesterday I received a bouquet of flowers from a pilgrim called James. He was only 21 years old when he hiked here and the youngest pilgrim I’ve met. I lent him my shoes as his boots had given him such big blisters on his feet. The flowers came as a thank you, says Mona Sand.

At AKS in Vuku, pilgrims get accommodation, access to the kitchen, a washing machine, a tumble dryer and a shoe dryer. They can buy lunch, breakfast, dinner and luggage transportation if they need it. AKS offers people a personal conversation too, and that is maybe the reason why many people plan a day of rest with Mona and Kai Sand. Mona’s other job, working with dream interpretation, meditation and art therapy, often becomes part of the conversations with the pilgrims.

– Pilgrims often want to talk about their walking experience and the effect it is having on them. It’s seldom about practical matters on where and how they have walked, rather the experience of walking as a pilgrim – who they have met, what they have seen, how they have felt, says Mona Sand.

PrevPrevious StoryAndrea’s hike to become a German guide book
Next StoyMid-life closing and time for herself as Marika walks St. OlavsledenNext
Menu
Menu